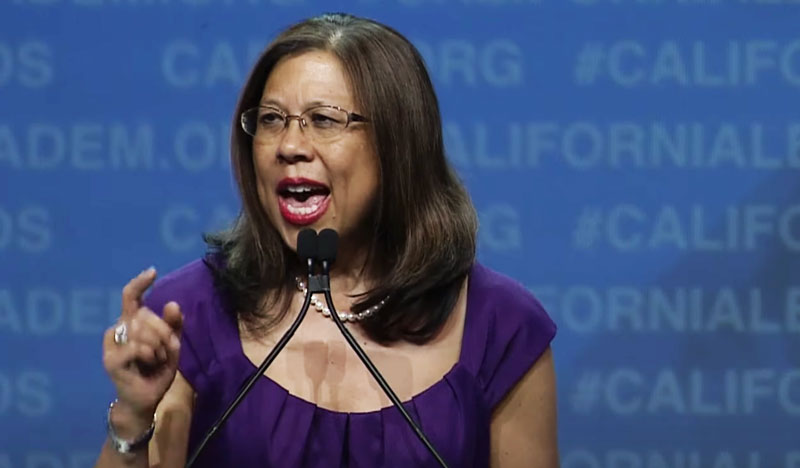 “Millions of Californians have lost their jobs, and our state continues to reel from a pandemic-induced recession … State workers absorbed a pay cut to help balance the budget. It is important to me to make the same sacrifice as my team,”

From the Sacramento Bee:

In May, Gov. Gavin Newsom and the California State Legislature forced the vast majority of the state’s 236,000 employees to take a 9.23% pay cut starting in July.

It wasn’t voluntary. California has a $54 billion budget shortfall because of the devastating economic effects of COVID-19, making cuts necessary.

In contrast, our oh-so-fiscally responsible elected friends in the Legislature were asked to share the sacrifice by taking a voluntary pay cut.

A story by The Sacramento Bee’s Wes Venteicher revealed that very few legislators have bothered to cut their own pay voluntarily. There are 120 California legislators, and only five of them — or 4% — have taken a pay cut.

Most state legislators make $114,877 per year. Then there’s the $206 “per diem,” the daily amount most legislators receive to help pay their expenses for showing up to work at the Capitol.

That’s not Silicon Valley or Hollywood money, but it isn’t chump change, either.

Conversely, the average salary of a California state worker is $74,350. That’s not a lot of money in most areas of the state. Try making ends meet on that salary out in San Francisco, Los Angeles, San Diego and a lot of other places in the state with escalating, punishing housing costs. Then cut it by 9.23%. Looks like about $67,000 to us.

Gov. Newsom’s yearly state salary of $210,000 is an asterisk in his checking account compared to his net worth. Newsom, along with most other statewide elected officials with the exception of State Controller Betty Yee, conveniently forgot to cut his own pay until The Sacramento Bee helpfully highlighted the oversight.

A few days ago, all seven of the remaining eight laggard statewide elected officials filed for their pay cut, retroactive to July.

“Millions of Californians have lost their jobs, and our state continues to reel from a pandemic-induced recession … State workers absorbed a pay cut to help balance the budget. It is important to me to make the same sacrifice as my team,” Yee told The Bee.

But what of our four Board of Equalization members? You know, the folks who do all that tax stuff?
Three of them have now requested the pay cuts. A fourth, Ted Gaines, hasn’t gotten around to it yet. Consider this another heads-up.

Speaking of the Cheap, Tight-Fisted Guardians of California Fiscal Integrity, there are exactly zero GOP members of the Legislature who have put in for those pay cuts.

Zero. Our Republican legislators usually crusade to cut spending and shrink government, but not when it means taking an ax to their own taxpayer-funded state check

On the bright side, Democrats and Republicans in the California State Legislature have finally found cause for bipartisan unity. With few exceptions, they appear to agree that pay cuts are for the little people, not for the Legislature.

These legislators should remedy this shameful hypocrisy and share the sacrifice every other state worker has been forced to embrace.

Betty will continue to build on her record of toughness, fairness and integrity, as Controller, but we could use your help.

Experience matters. Betty will continue to build on her record of toughness, fairness and integrity